Congresswoman Kay Granger is a conservative fighter, a proud mother and grandmother, and a lifelong Republican.  As the U.S. Representative for Texas’ 12th Congressional District, Kay has spent her entire career working to deliver real results for the people of her district – defending our traditional Texas values and advancing a clear, conservative vision of limited government, economic prosperity, and individual liberty.

Born in Greenville, Texas, Kay’s family moved to Fort Worth when she was six months old. She is a proud native Texan and Daughter of the American Revolution.  After graduating from Texas Wesleyan University in Fort Worth, Kay went to serve in the public school system as a high school English teacher. Over her nine-year career as an educator, Granger came to understand the impact public policy can have on building a prosperous community; an experience that would spark a lifelong passion for public service.   For her commitment to public education, Kay Granger Elementary School in Fort Worth was named after her.

In 1989, Kay Granger was elected to the Fort Worth City Council. Two years later, she made history as the first female Mayor elected to serve the City of Fort Worth. As Mayor, Granger helped guide Fort Worth out of a particularly difficult chapter in the city’s history, marked by poor fiscal management, economic stagnation, and increasing crime.

Under her leadership, the city focused on attracting new employers to Fort Worth and diversifying the local economy – setting in motion the robust economic growth that continues to this day.  As Mayor, Granger also increased resources for local law enforcement and took a “no-nonsense” approach to repeat criminal offenders…actions which reduced the city’s crime rate by nearly 50 percent.  In 1993, the National Civic League awarded Mayor Granger the All-America City Award in recognition of her successful efforts to reduce crime and revitalize the Fort Worth economy.

In 1996, Kay Granger won the Republican nomination and was subsequently elected to serve the people of Texas’ 12th Congressional District in the U.S. House of Representatives.  In Congress, Granger quickly established herself as a vocal conservative leader and an unrelenting advocate for stronger border security and national defense. In the weeks after 9/11, Kay Granger used her influence as a member of both the House Armed Services Committee and the Select Committee on Homeland Security to help establish the U.S. Department of Homeland Security – a cabinet-level agency centrally focused on protecting the United States from another terrorist attack.

As the Representative for Texas’ 12th Congressional District, Kay Granger is honored to represent one of our country’s most critical national defense centers, including Naval Air Station Fort Worth–Joint Reserve Base (NAS Fort Worth-JRB), and key defense contractors like Bell Helicopter Textron and Lockheed Martin Aeronautics.  As a key member of the powerful Defense Appropriations Subcommittee, Granger was able to work with Lockheed Martin and her colleagues in Washington to ensure that our nation’s state-of-the-art F-22 and F-35 fighter planes are built right here in Fort Worth…delivering countless jobs and billions of dollars to the local community.

For her continued work in support of our military and its veterans, Granger has been awarded the Navy Distinguished Public Service Award and the Army Decoration for Distinguished Civilian Service – two of the U.S. military’s highest civilian recognitions.

Widely respected by members of both parties, Kay Granger’s unique ability to work with her collogues to deliver results for her district has earned widespread acclaim, with CQ’s Roll Call naming her one of the 25 Most Influential Women in Congress. In recognition of her service in Congress and as Mayor of Fort Worth, Granger has been elected to the Texas Women’s Hall of Fame and the Fort Worth Business Hall of Fame.  Granger has also received the National Federation of Independent Business’ Champion of Small Business Award; the Texas Association of Business’ Bob Bolen Champion of Free Enterprise Lifetime Achievement Award; the Manufacturing Legislative Excellence Award from the National Association of Manufacturers; as well as the Lifetime Achievement Award from the Greater Fort Worth Home Builders Association.

Kay is the proud mother of three adult children and an even prouder grandmother to five precocious grandchildren. Kay and her family remain active in the Fort Worth community and attend the First United Methodist Church of Fort. Kay is an accomplished painter and enjoys spending free time with her family.

Kay Granger is proud to stand with President Donald J. Trump and believes in his vision for our country.  In Congress, Kay is one of the President’s most dedicated supporters – fighting to drain the Washington swamp and support Trump’s America First agenda.

With President Trump under constant attack by the liberal media and the Washington elites, now is not the time to send an inexperienced representative to Washington. Kay Granger has the battle-tested experience and the proven, conservative track record to fight back against the liberal Democrats.

Unlike so many Washington politicians, Kay Granger has never forgotten where she comes from or who she works for.  Kay listens to the people of her district and returns home to Texas every weekend to talk with them about what’s really happening in Washington, DC. 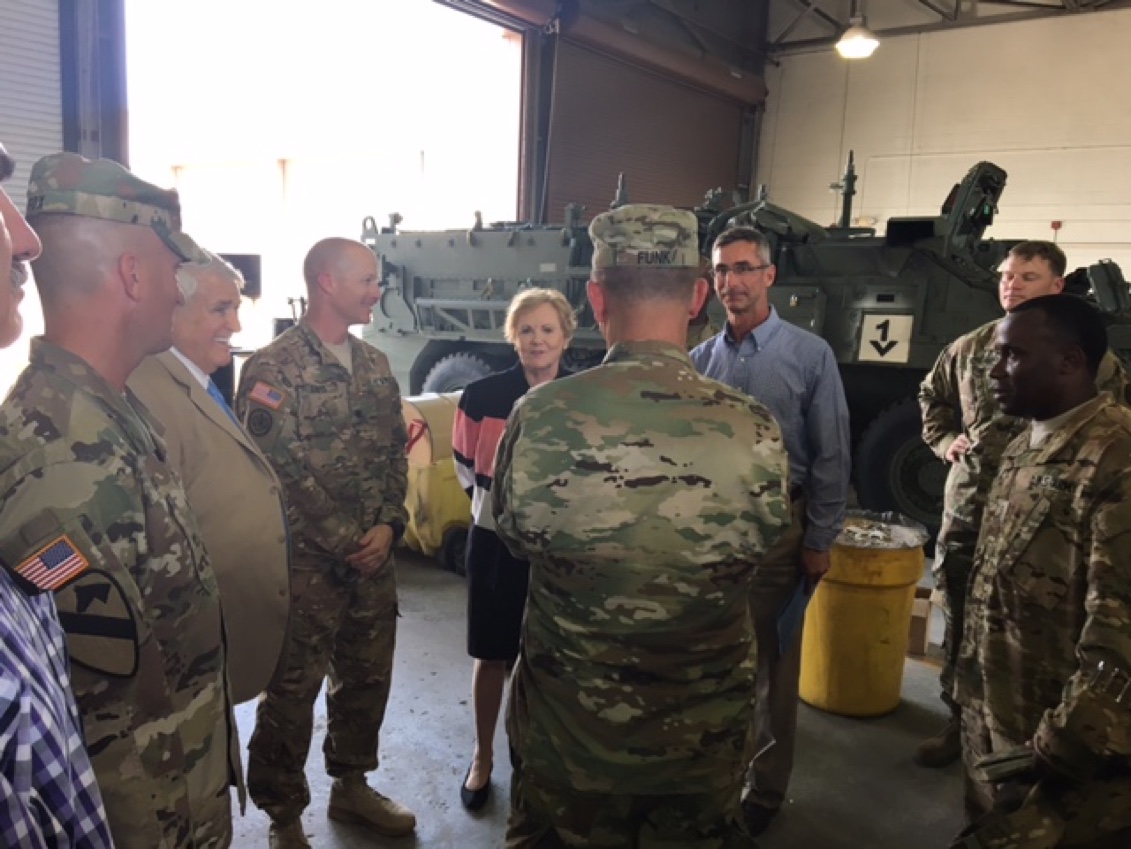 Kay Granger is fed up with the drugs and violence pouring across our southern border. Kay is the only candidate who has taken on the open-border Democrats and fought to defend the American people from dangerous drug cartels, human traffickers, and illegal immigrants.

As our voice in Congress, Kay Granger led the fight to hire more border patrol agents and crack down on businesses that hire illegal immigrants.  As one of Trump’s strongest allies in Congress, Kay is committed to building the wall and securing our border once and for all.

Supporting Our Military & Protecting Our Veterans

Kay Granger is committed to rebuilding America’s military and, as the Ranking Member of the powerful House Appropriations Committee, fought to provide our service men and women with the resources they need to keep our country safe.

Working with her colleagues in Washington, Kay Granger made sure that our nation’s state-of-the-art F-22 and F-35 fighter planes are built right here in Fort Worth – bringing countless jobs and billions of dollars to the local community.

Kay Granger believes that patients should have the right to choose their doctor and has voted to repeal Obamacare more than 50 times.

Kay is committed to real healthcare reform that brings transparency and competition to the health insurance market, lowers the cost of prescription drugs, and makes quality, affordable healthcare available to every American.

Kay Granger has also worked to support women’s health, leading the charge to allow women to access to a routine gynecological exam and breast cancer screening without a referral from a primary care physician.

Kay Granger is dedicated to keeping America safe and supports our troops in the fight against radical Islamic terrorism.  In Congress, Kay Granger co-sponsored legislation to condemn the Muslim Brotherhood as an international terrorist organization.

Kay Granger is a committed defender of Israel and, as a member of the Council on Foreign Relations, helped broker a 10-year agreement to support the national defense of our Israeli allies against radical terrorist groups.

This message is only visible to admins:
Problem displaying Facebook posts. Backup cache in use.

Thank you for your support! I look forward to continuing to defend our conservative Texas values in Washington. Let’s beat the Liberal Democrats in November and Keep America Great! ...

Good luck trying to win over the 41% that voted against you. You'll need to convince at least 12,000 Putnam voters to pull the lever if you want to win in November.

Was proud to cast yet another vote for you!

Way to go Kay. I’m proud to have you as a friend.

You're not facing a liberal democrat in November.

I ask for your vote TODAY so that I can continue to provide our military with the resources it needs to keep our country safe. As the Ranking Member of the House Appropriations Committee, I will continue to fight for our service men and women. Find your Republican Primary Election Day polling location here: bit.ly/VoteKay ...

I am fed up with the drugs and violence pouring across our southern border. That's why I'm asking for your vote TODAY in the Republican Primary Election so that I can continue to fight for border security. bit.ly/VoteKay ...

I ask for your vote TODAY in the Republican Primary Election. I’m proud to be endorsed by President Donald J. Trump. With your vote, we will continue working together to rebuild our military and protect our southern border. bit.ly/VoteKay ...

With your vote today, I will continue to defend our fundamental Second Amendment rights that the liberal Democrats are trying to take away. I ask for your vote in the Republican Primary Election TODAY! Find your polling location here: bit.ly/VoteKay ...

Today we remember those who gave their all for our freedom and way of life. Please take just a couple of minutes and listen to the powerful words of President Ronald Reagan. #MemorialDay 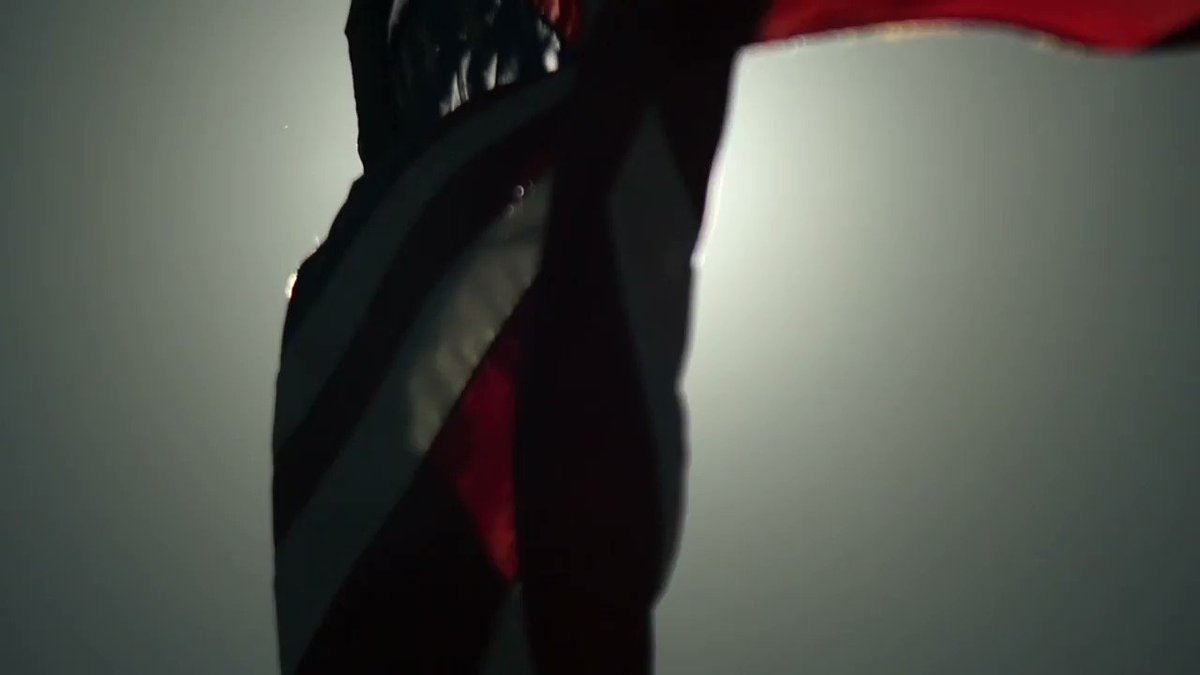 The U.S. Navy’s Blue Angels flew over DFW today as part of a nationwide salute to doctors, nurses, first responders and other essential workers on the front lines of the #COVID19 pandemic. It was a beautiful moment of recognition! #TX12 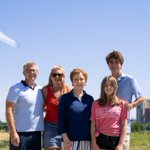 Thank you for your support! I look forward to continuing to defend our conservative Texas values in Washington. Let’s beat the Liberal Democrats in November and #KAG! #TX12 #txgop #gop2020 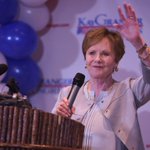 I ask for your vote TODAY so I can continue to provide our military with the resources it needs to keep our country safe. Find your Republican Primary #ElectionDay polling location here: http://bit.ly/VoteKay #TX12 #gop2020 #txgop #gop 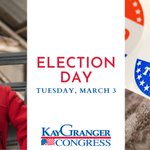 I am fed up with the drugs & violence pouring across our southern border. That's why I'm asking for your vote TODAY in the Republican Primary Election so that I can continue to fight for border security. http://bit.ly/VoteKay #securetheborder #TX12 #gop2020 #txgop #gop 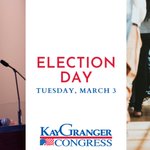 CRAFTED WITH CARE BY PRIMITIVE SOCIAL